Who we are and what we do

Brain Gym® Australia Inc. is a national not-for-profit organisation funded through membership fees, course registration fees, and through profit from events and workshops run by the Association. Associate membership is open to anyone interested in Brain Gym® and Educational Kinesiology. Professional membership is only for licensed Brain Gym® Movement Facilitators and Instructors/Consultants.

The intention is to let people know more about the many and varied applications of this work both within Australia and throughout the world.

The Brain Gym® /Edu-K Network originated in 1992 as an informal group to foster an interest in Brain Gym® and Educational Kinesiology. Over the years, there have been a number of changes.

In 1998, the organisation was formalised and registered as a not-for-profit.

In 2002, it became an incorporated association.

Australia had the privilege in 2006 to hold the International Gathering in Brisbane, the first time since the late eighties that a world-wide Edu-K event of this magnitude was held in Australia.

Brain Gym® Australia is committed to assisting people throughout the community to reach their full potential by: 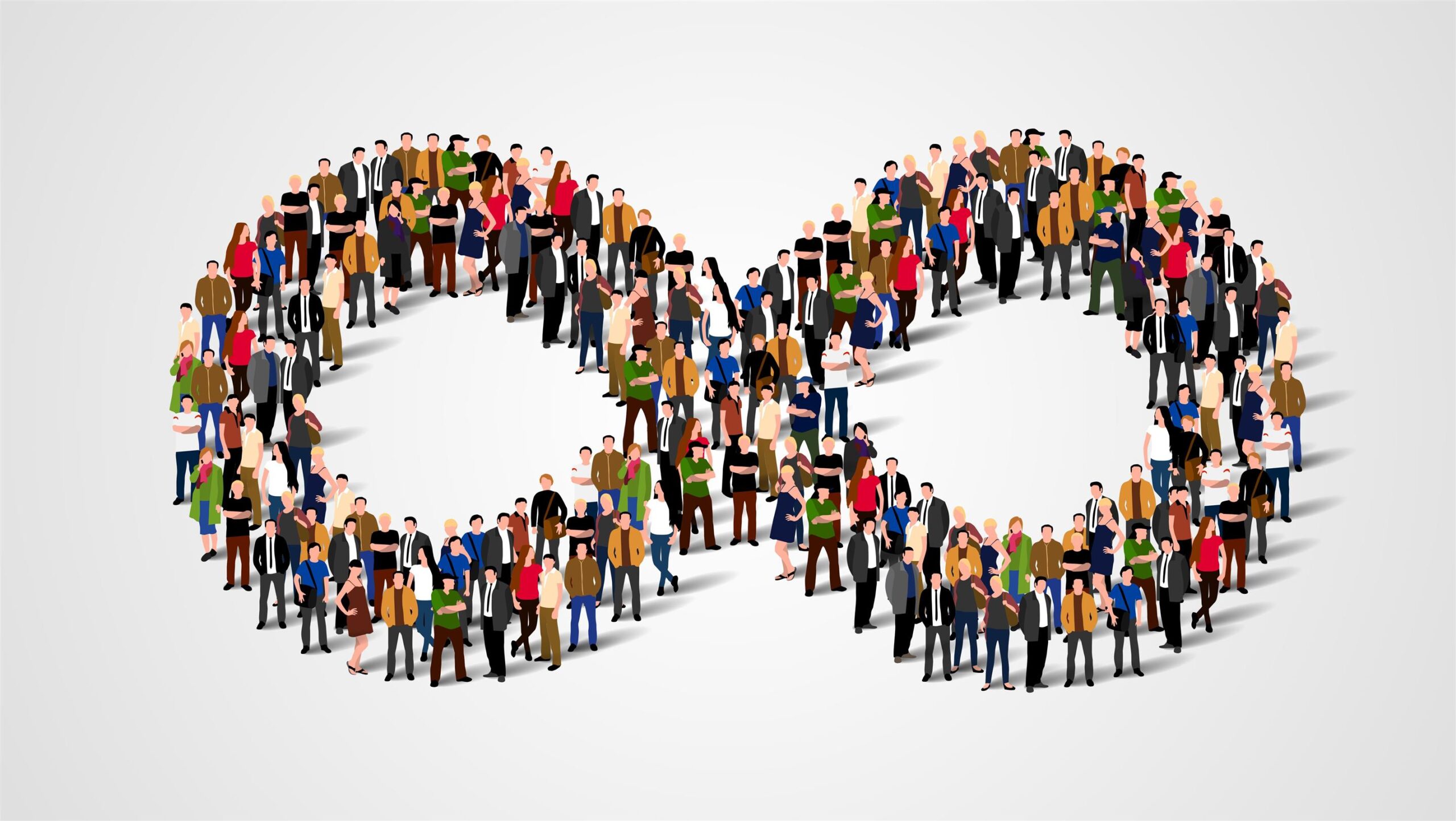 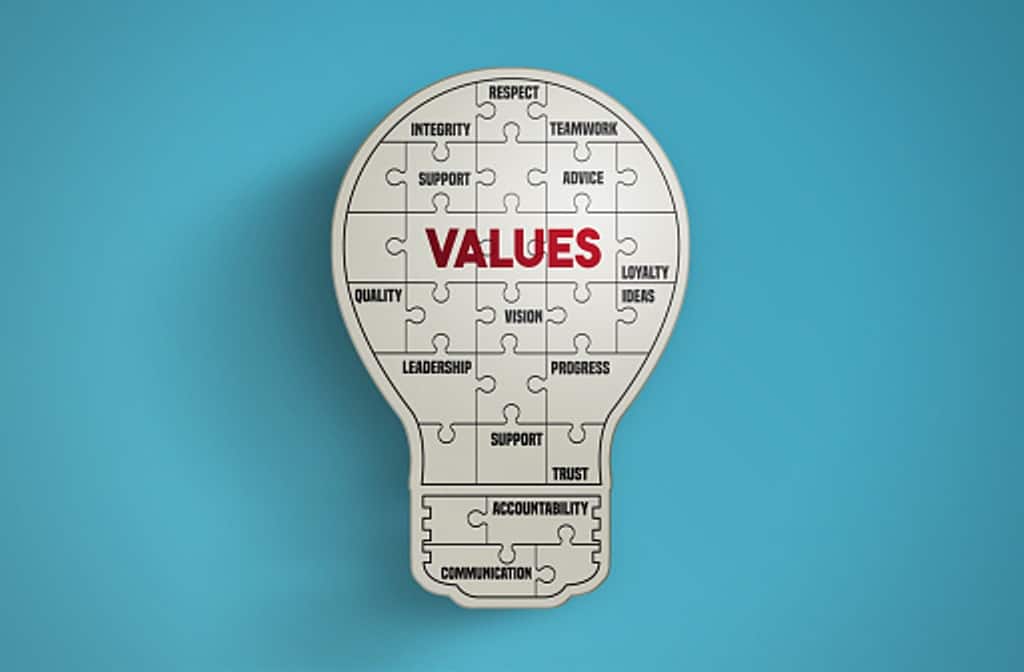 To utilize the Brain Gym® educational model to:

At the Annual General Meeting each year, a Management Committee is elected to deal with the day to day working of the organisation. This committee is responsible for overseeing the sub licensing of graduates and their adherence to our Code of Ethics. It oversees the BRAIN GYM® trademark, ensuring it is protected under our licensing agreement. The Committee continues to develop and enhance the exposure of the Brain Gym® profile within Australia through the website and the eNews.

All financial members are eligible to vote, however only Professional members may serve on the committee. 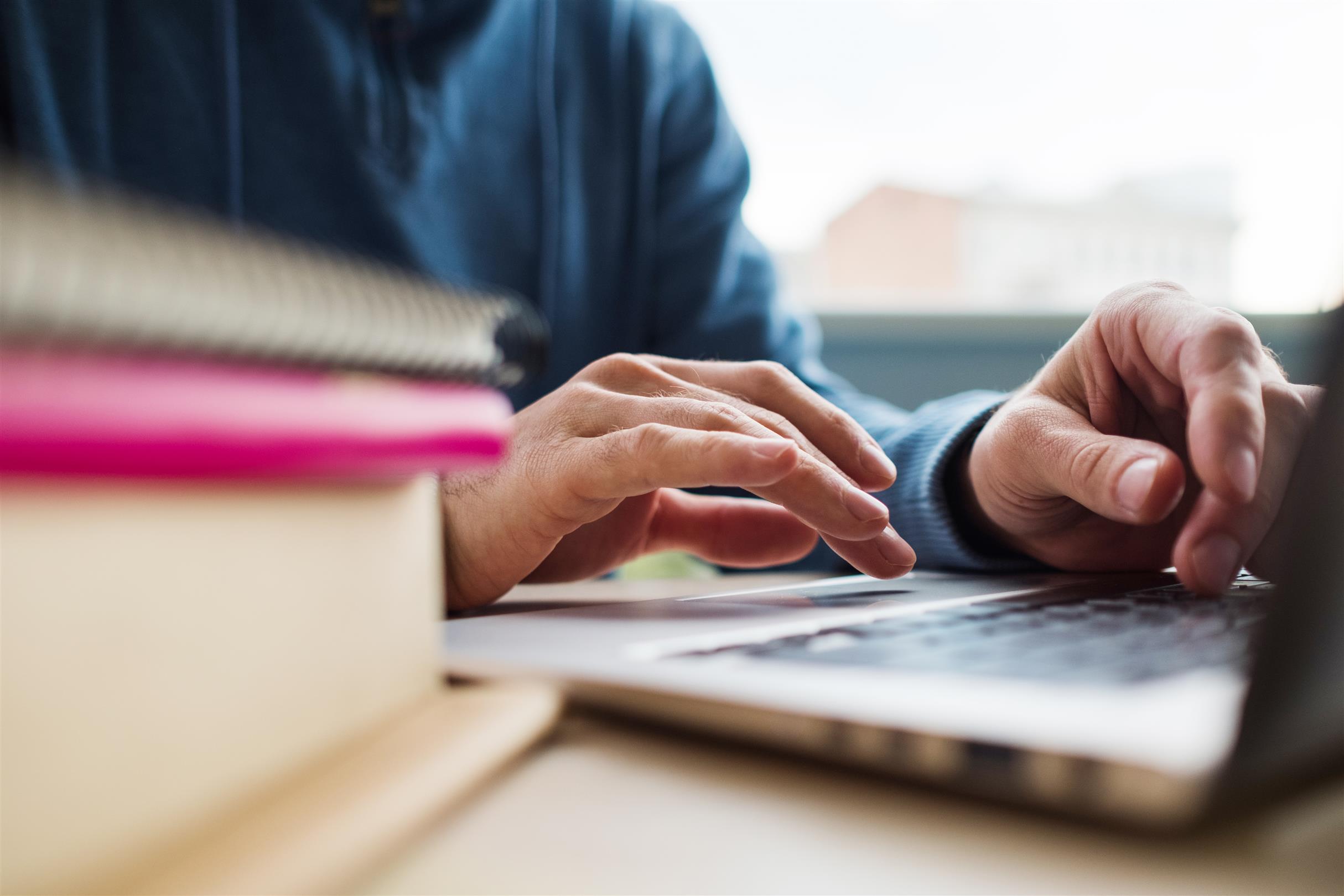 The current members of the Management Committee are:

Professional members have the opportunity to have their information on the Brain Gym® Australia website: 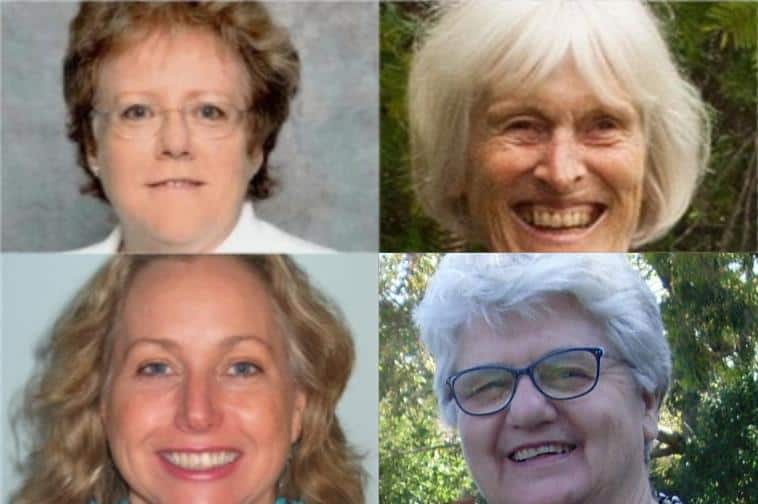 Faculty are members, who have worked towards and achieved this leadership role to take responsibility for teaching advanced courses including those at the instructor level. Those who are members of the International Faculty also have the added responsibilities of overseeing the curriculum, training further Faculty members and attending international Faculty meetings.

Professional members who wish to apply to train as Faculty, need to apply to Brain Gym® International.

Brain Gym® International (trading as Breakthroughs International) is committed to the principle that moving with intention leads to optimal learning. Through our outstanding instructors and movement -based programs, we empower all ages to reclaim the joy of living.

The Founders of Brain Gym® and Educational Kinesiology

Paul E Dennison Ph. D. is a professional educator, a pioneer in the field of kinesiology, and an authority on the breakthrough attainment of cognitive and academic skills. In the 1960s Dr Dennison began his research into reading achievement and its relation to brain development that would form the basis of the Brain Gym® work.

In 1975 Paul Dennison received the Phi Delta Kappa award for outstanding research at the University of Southern California, and was granted a Doctorate in Education for his research in beginning reading achievement and its relationship to cognitive development and covert speech skills. His unique understanding of the interdependence of physical development, language acquisition and academic achievement led to the formation of the remarkable Brain Gym® program.

In the 1980s he met his wife, an artist and movement educator. In 1986 Dr Paul Dennison PhD and Gail Dennison first taught Brain Gym® in Australia. Gail E Dennison is the cofounder and cocreator of the Edu-Kinesthetics series of books and manuals on learning through movement; and the originator of several courses.
Paul and Gail Dennison are committed to a renewal and redefinition of the learning process for people of all ages and abilities. 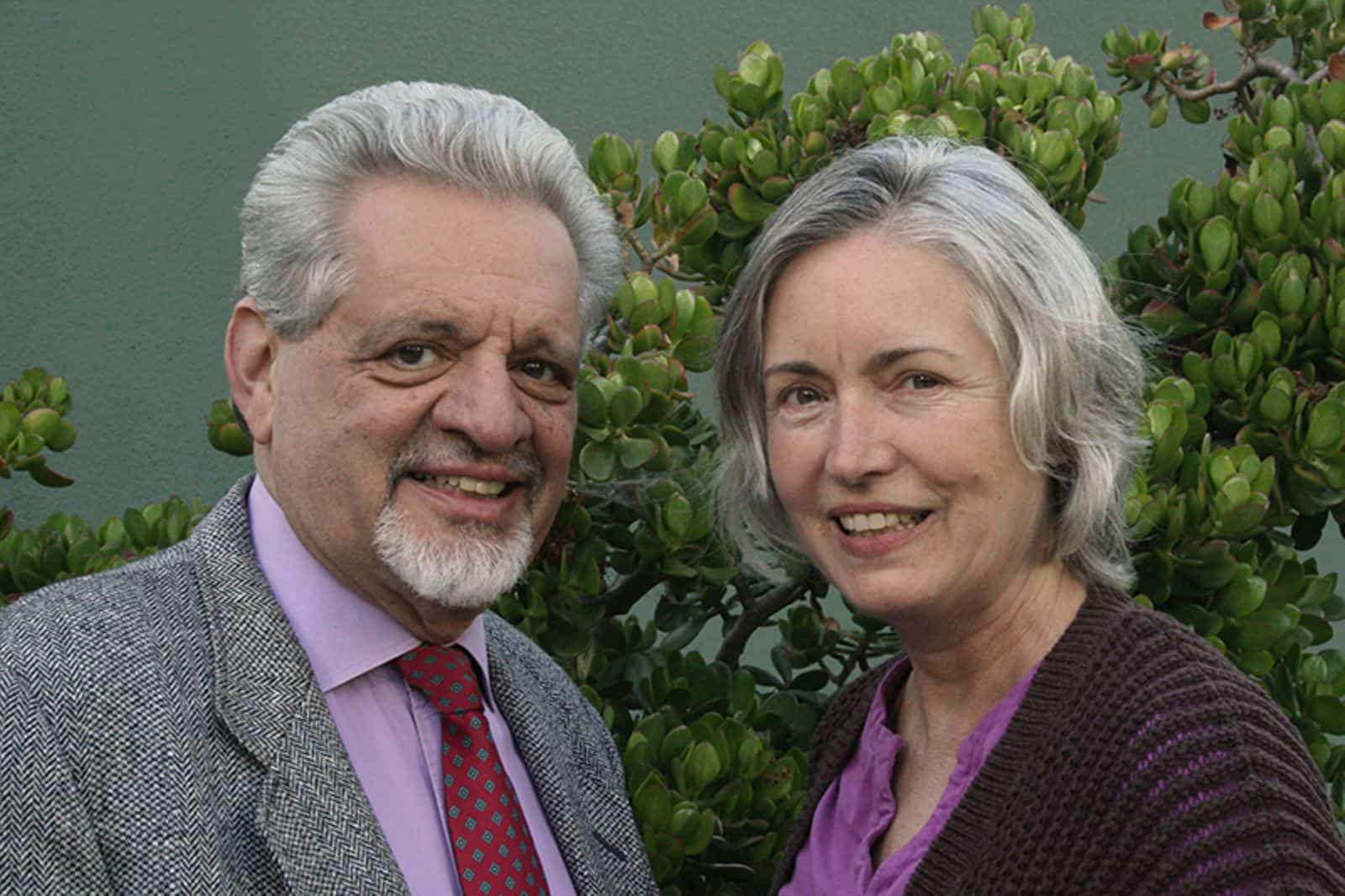 Whether you want to find an introductory workshop, an entry level course or something to become a professional member you will find it here.

Consultants utilise the 26 Brain Gym® movements and other Brain Gym® procedures in a specific 5 step balancing process to lead you to achieve your goals.

8 year old Joel is a quiet child who has been tested for ADD /ADHD and depression. His mother brought him to me last week, saying that he was frequently… Read more “Better work and happier”

The bully said he’ wasn’t thinking properly’ at the beginning. Six sessions with the bully with much drinking of water and repatterning and the anger and annoyance was dissolving. Goals… Read more “Classroom behaviour”

I had a 14 year old come in wanting a balance be able to shoot goals for his basketball team. He did his pre-activity to shoot his goal.with me being… Read more “Better Aim”

Someone who couldn’t get started in one class chose a goal ‘to work faster.’ After some Brain Gym® he did the task easily. Brain Gym® is not just for the… Read more “Learning improvements”

A Brain Gym consultant led my 7 year old boy through a series of actions for his goal “to be a fantastic reader”. They included reading, understanding syllables, sounding words,… Read more “Reading Development”

As a coach of a netball team I used Brain Gym® movements to assist the young players to improve their ability to catch the ball. After doing some of the… Read more “Hand-eye coordination”

In over twenty years of teaching infants/primary school children, one of the most amazing ‘tools’ I have used in my classroom has been Brain Gym® exercises. In my class of… Read more “Amazing classroom tool”

One of my 10 year old clients that I have been working with since the summer made the honour roll! I am so jazzed! A new 8 year old client… Read more “Educational Improvement”

One of my students is a bright boy, who was reading at grade 5 level, but writing very poorly. After he used Lazy 8’s and Alphabet 8’s during class for… Read more “Writing Skills”

I started using PACE every day with my primary school age pupils, plus specific Brain Gym® movements depending on the particular challenges of individual children.  With one boy, Daniel, the… Read more “Better Behaviour and Attention”

Academic benefits for all ages

One Brain Gym® instructor worked with a little boy who was exhibiting autistic-like behavior: He is now talking in sentences and can carry on a conversation, etc. It took about… Read more “Academic benefits for all ages”

Improve self confidence and concentration

Brain Gym® is a simple yet very powerful ‘tool’ and it can really make a difference in children’s learning and behaviour. I would highly recommend it to other teachers and… Read more “Improve self confidence and concentration”

I have a 17 year old daughter who at age 5 came home from school and excitedly told me she was having a hard time with math that day, so… Read more “More Focus”

Fear came up in the first Brain Gym® session for a child who ran away from school.  Other sessions worked around the feeling of insecurity, the tight chest and other… Read more “Overcoming separation anxiety in early childhood”

My son has been after me to swing with him, but I don’t because it makes my stomach jump and my whole body cringe. I once did a DLR for… Read more “More confidence”

After participating in the first two days of the Brain Gym®101 course, I practised PACE, especially the Crosscrawls. I sipped water and did Brain Gym to keep myself focussed. I… Read more “Better focus”

I have a doubting-Thomas of a parent – her daughter has been in therapy since she was born – about 11 years.  After working with her child today, I was… Read more “More engagement”

My senior classes love the Brain Gym® movements.  They start each lesson with PACE and choose Brain Gym exercises from a list I have taught them.  We have also done… Read more “Faster Learning”

Two Brain Gym® movements, The Thinking Cap and The Owl,  released the restrictive feeling in my neck when I turned my head.  What an easy way to have not only… Read more “Neck issues”

I cannot express enough how pleased I am that I participated in all 4 learning days of Brain Gym®101. When I arrived home Friday night I burst in the back door… Read more “Improves relaxation and boosts energy”

My son Evan was never interested in ball sports, he did everything he could to avoid them. I was aware of the importance of gross motor development through my studies,… Read more “Hand-eye coordination improvements”

After participating in the first two days of the Brain Gym®101 course, I practised PACE, especially the Crosscrawls and did lots of Lazy 8s and Owl when I felt my… Read more “Enhanced concentration”

After participating in the first two days of the Brain Gym®101 course, I practised PACE, especially The Cross Crawl and did lots of Lazy 8s and The Owl when I… Read more “Energy and Alertness”